Home / Living with a cat / The language of the tail of cats, what do you want to communicate your cat 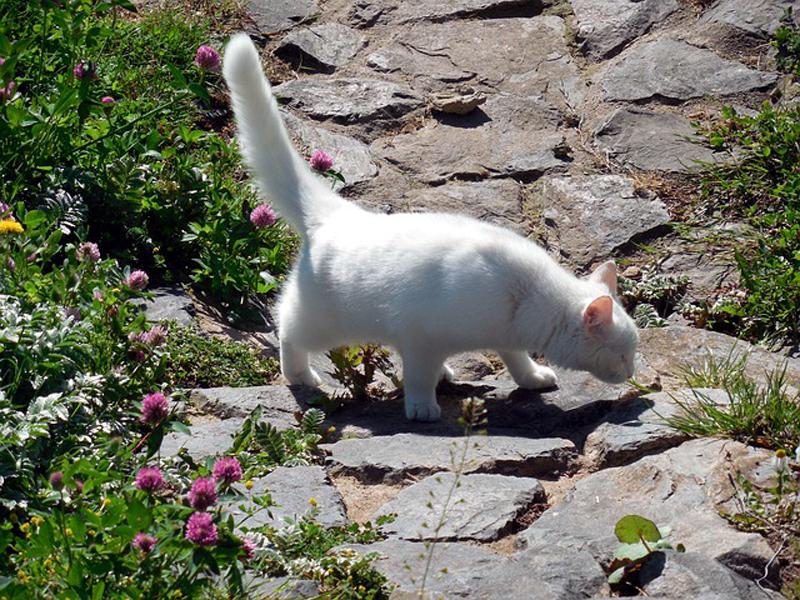 The language of the tail of cats, what do you want to communicate your cat

CatMyLove December 12, 2015 Living with a cat Leave a comment

The cat is an animal very communicative.
Who owns a cat learns to read his expression, his movements, listen to his slight meows and see if he’s nervous, it is relaxed, happy, if he wants to play or cuddle.
The cat’s tail is one of its means of communication, which uses both to express themselves with their own human, that to communicate with the other cats she meets.
Needless to say that the tail is not a toy cat, and even forbidden to touch it too much pull, worth an immediate attack our friend’s cat.

The more friendly attitude that can manifest a cat with its tail, it holds it high and straight as you can see. Better yet bent slightly to the side, arched. This means that your cat is happy to see you, and like your attention and maybe be a scratch card on the back. If lovingly caressed the cat while holding the tail straight in a friendly way, you will see that will curve to the side, accepting your pampering and showing his appreciation strusciandovisi against.

If your cat zompetta turning on itself, it could make even vibrate its tail, keeping it straight, and maybe with the legs pumping. This is a sign of pure love and intense happiness in seeing you. The cat expresses his emotion. If you look at it, the cat at this time opens and closes his eyes with a look sweet, pleasantly happy of your pampering. It happens more often than a male cat has this attitude, the females are a more valuable.

At this point your probably affectionate cat you’ll be turning around, strusciandovisi against. The females often at this point they lie belly up, so as I express my complete confidence. But be careful not to overdo the pampering, the cats will know grant, but as long as they please. It may be that your cat starts to move his tail a little faster, rocking her. In the language of the queue, which means that your cat is getting nervous. The cat is nervous when the tail moves in spurts, maybe knocking her to the floor. And ‘how to tell you that what you are doing bothers him, and it’s better if you do not want you to stop being attacked. The cat is not a doll, and certainly does not treat it as such! Even with other cats can have this attitude. If the cat is nervous, will also have their ears pulled back, thus proves to be really angry! If the ears are straight and beautiful eyes open, probably your cat is playing!

If the tail moves very quickly from side to side, probably is preparing the ambush, I hope not at your feet 🙂 If you have two or more cats in the house you will see them often in this attitude between them. Also when they are preparing the ambush, also they begin to move back to the left and right, to prepare to jump.

If your cat holds the horizontal tail and straight, so relaxed, attentive and willing, and even when the holding crumpled around the body while sitting.

TAIL AND LOW IN THE MIDDLE TO PAWS

A bad sign is when the cat holds its tail very low and in the middle of the hind legs, perhaps lowering the ears. It means that it is frightened, and the best thing is not to try to touch it or pick it up, but make their presence reassuring discreetly.

TAIL WITH THE HUMP

If it takes the hump and the tail curved, means it is very rough, if he runs around with this attitude, it means that it is “runaway”, if it stands up on its hind legs to show all his greatness, means he wants to overwhelm and it is aggressive.

If the tail swells, making straighten the hair of the tail is that the hump, it means he wants to intimidate, and it is good not to make rash moves at that time, because it could attack.

The language of the tail is a language all to learn. Our language is that we have quite common and instinctive in all cats, so it’s easy for us humans to learn to figure out what the cat wants to communicate with this medium.
Another cute book to understand the language of your cat: Bilingual dictionary Italian-cat, cat-Italian. 180 words to learn to speak fluent cat
And your cat how wags its tail? use special modes of expression? Each cat has its own character, and we would like to know your specs! Tell us about it commenting on this article. 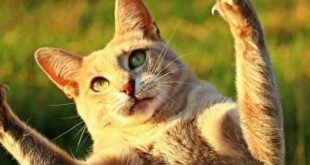 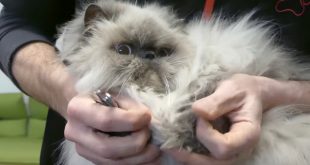 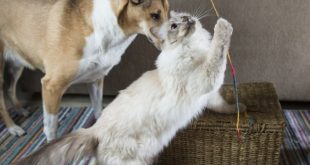 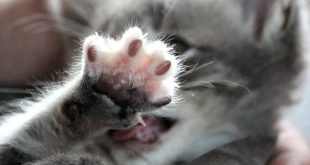